WOMEN IN THE FACE OF CONFLICT

Conflict and violence have been on the rise globally, from conflicts between State actors and Non-State actors, unresolved regional tensions to mention a few. There’s a breakout of violence in almost every corner of the world like the Sierra Leone civil war from 1989 – 1997, Arab Spring which started in Tunisia.

These pockets of violence have grievous impacts on the citizens ranging from bad to worse; we see young boys taken away from their families as captives and recruited and trained to join rebel forces, some as assassins in conflicts between rebel groups and the government. The girl child and women are seen as sexual objects and tools, used and discarded at will. These armed men invade their homes, rape and kill them while some are taken as captives to be used primarily as sex slaves e.g. the Rwandan Genocide.

According to Human Rights Watch, women and children suffer sexual abuse in form of gang rape and other forms of abuse in refugee camps. Armed groups, including government forces, reportedly do these to women and girls repeatedly, resulting in unwanted pregnancies, psychological trauma, amongst others.

Women who survive these inhumane acts are made to live with the images and memories of the rape, conflicts, and deaths for the rest of their lives.

I was opportune to hear and also speak to a survivor of the Liberian civil war which lasted from 1989 – 1997. I could still see the horror playing out in her eyes, as she recounted her experiences from having to disguise like someone who had a ‘cursed’ skin disease to escape getting raped by the soldiers and the UN peacekeepers to having to leave her father in a hospital that was later invaded by rebels, to run to safety.

Women are also faced with the tasks of seeing to the welfare of the family after displacement, providing food, shelter in what is left of the war-torn communities for their children and family. 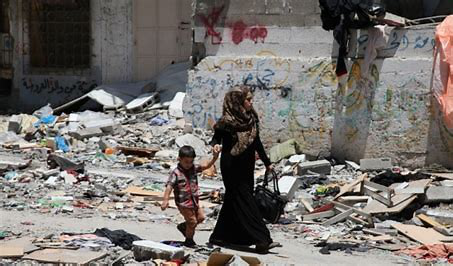 Most of these women are widowed from the conflict or their Men are out fighting or have disappeared and are impoverished, and are left with children and families to cater for singlehandedly. Women who suffer all these in silence in fear of being stigmatized have been victims of ‘systematic rape’ during the war and even execution.

Women need to be more actively involved in formal aspects of the peace process so they can stand up for their rights, and to help in curbing conflict not only for themselves but for their children and families. According to UNDP Women represent 80% of the world’s 34 million refugees and IDP. Women are seen to be absent from the formal process of peace especially in ‘honor’ countries particularly in Africa and Asia.

For example, in Sierra Leone, women had done a lot at the local level to end the civil war but they were left out of the formal peace proceedings and negotiations. It is gathered that women are seen as just victims of conflicts and not notable agents of change but no one can recount the experiences of their struggles during a conflict if not them.

Efforts have been made over the years to involve women in peace and negotiation processes like the UN Women’s support on increasing the involvement of women in decision-making processes, using gender as a factor for policymaking, countering conflict-related sexual violence, supporting policies that strengthen the protection of women during conflicts, and support for women post-conflict.

In conclusion, more needs to be done, women need to be actively involved in the peace and negotiation processes signaling the end of a conflict or when a conflict is about to break out. They see and face conflict differently from their male counterparts. They are burdened with running to safety with their children and their families and having to feed their children amid the chaos. With their experience in conflict, their perspectives and opinions can only be seen and understood from their viewpoint making it necessary that they be present at the negotiation table not only for their gender but for their children, families and the society. 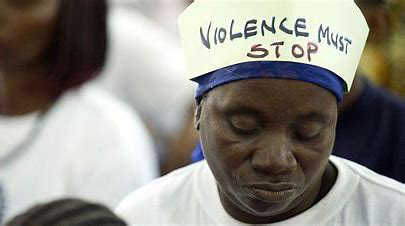 Body Shaming: Every Body is Beautiful THE UNEXPECTED VISITOR